Weihnachtsmärkte in Dresden
This year I stayed in Dresden for Christmas. I used the opportunity to get in as many Weihnachtsmarkt trips as possible. I also got a new camera very recently, just in time to take lots and lots of photos of these Chistmas markets. It even snowed the week before Christmas, to make the little markets even more fairytale-like....

Have to start with the Striezelmarkt because it's the largest in Dresden and oldest Christmas market in Germany. It started in 1434, which makes this year's market the 575th version (!!).
However, being large and old is 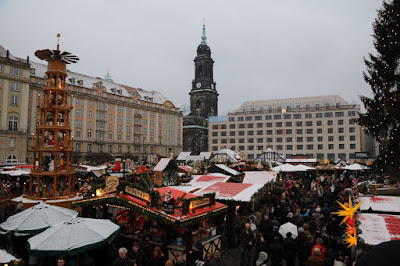 about the most this market has going for it. It generally has the feel of an overpacked outdoor shopping mall, so if you're not in the right mood it can loose any charm real quick. I have to say, though, that every single year I've come to this market to buy a Stollen and a Räuchermann (smoking incense man) or two, because you get the best selection with the hundreds of stalls. I went down this year on Christmas eve and it was still completely packed right up until closing, lots of families were down there having Glühwein. I should also point out that there was actually a considerable effort by the city/organizers to change up this years market. The stalls were no longer arranged in rows, but more random, with occasional small platz areas, which gave it a less commercial feel and more room for people to hang out and enjoy their hot Glühwein. There was also a pretty cool display on baking Stollen, where they had some guys making it from scratch and baking it in a woodfire oven. You could then buy the dough or the Stollen right there if you chose. It was quite nicely done and the guys were very friendly and funny and full of history of the Stollen. 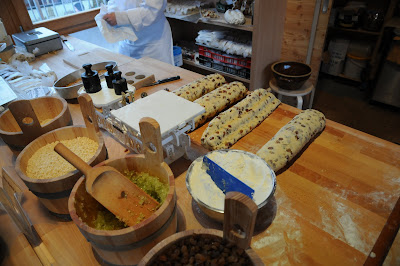 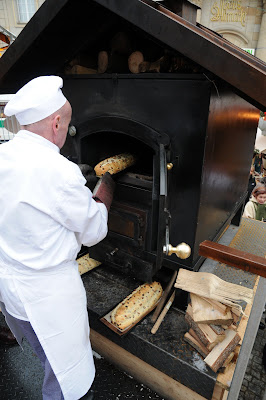 In the past this has been my favorite Chrsitmas market. 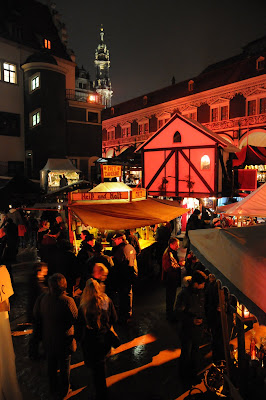 It has a medieval theme, and was always quite cozy and unique, even down to the mugs the Glühwein, or Met (mead), came in. And then two years ago, just after the results of a nation-wide survey labeling this the best Christmas market in Germany, there was a serious fire which damaged much of the market and the castle it was in. They got things back together for the next year, but the fire meant that they chnaged a lot, and it's just not the same. It's much less cozy with more open spaces. There is no longer a large fire to sit around. And this year there appears to be new management, because the food and drink offerings have even changed (including the beloved mugs), and the vibe just isn't the same. Nevertheless, a nice time.

While the Stallhof market was a bit of a let down, the new market just around the corner on the Neumarkt in front of the Frauenkirche was a fun surprise. It also has somewhat of a medieval theme, but nothing forced, so that it's just more like a nice market without any obnoxious stands selling horrible crap or with large flashing lights. And it makes sense that they should actually finally have a market on "Neumarkt", where you envision markets having stood hundreds of years ago. 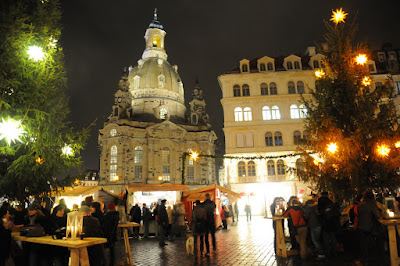 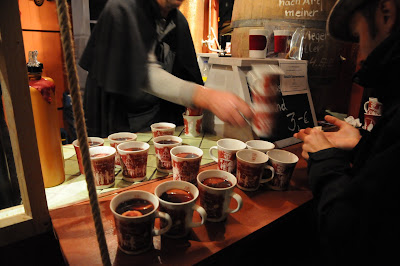 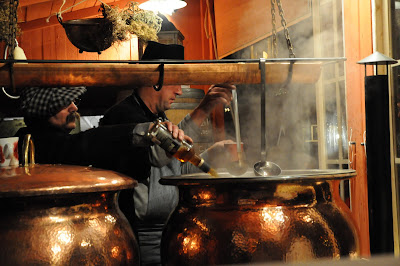 I only discovered this market a couple of years ago. It's pretty small, but very cute, settled among some shop buildings with very nice traditional architecture. 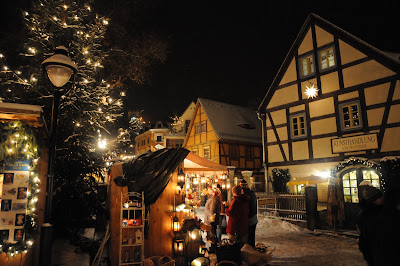 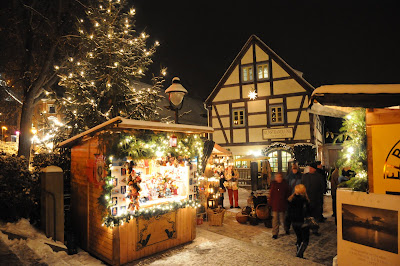 I was really excited to check out the Weihnachtsmarkt in Meissen for the first time. The old town Meissen is such a beautiful little city with little alleys and old buildings - it seemed like a nice Christmas market location. Also, this photo from the webpage is really really nice and cozy: 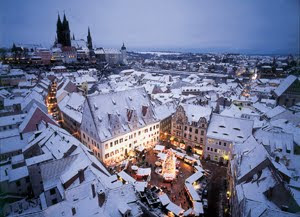 In the end it was a bit of a disappointment, mostly just because I had already been to so many Christmas markets and without any theme or anything this one just kind of did not stand out. It was also very cold that evening. And it was rather small. On the other hand, I did try for the first time get to try Weißer Glühwein, made from the local Meissen wines. 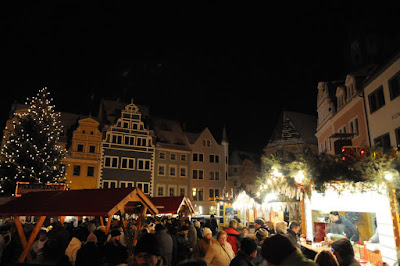 This market, closest to my house, is nice as well, but also does not particularly stand out for any reason. They did have a giant Stollen on top of a Trabi, which was impressive: Along with Meißen, I was excited to check out for the first time the market in Königstein. Festung Königstein is an old impressive fortress built a ways upstream from Dresden on the Elbe. It appears very cold, scary, and uninviting from the outside, particualry in a dark snowstorm. 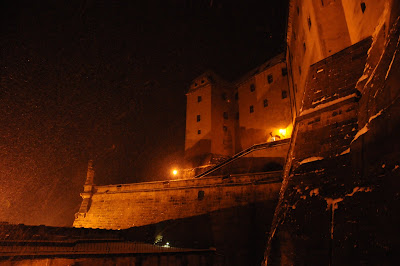 I really enjoyed this market. It also had somewhat of a medieval theme, which fit. And maybe it was because we hiked up through the snow on unlit trails for 30 minutes to get there, but it was quite cozy inside with a hot Glühwein: 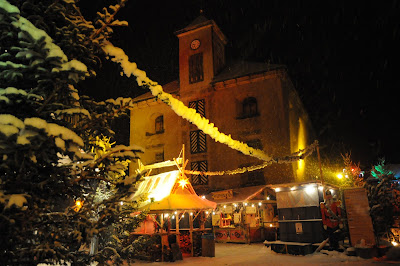 And of course the snowfall was a nice touch

From the new Gomez - Airstream Driver