Speaking of France, if you don't know the band Phoenix, you should really really take a look.
This is easily my favorite band that I've never seen live. There's nothing better than goofy looking rock stars with great voices/songwriting. Check out these Acoustic/Stripped Down performances by Phoenix:

"Lisztomania" and "Armistice" in the same session are also amazing with Thomas Mars' voice just booming out there, but here are some different recordings for variety.....

By the way, if you don't know about La Blogoteque shows, you should also really check it out. If one of your favorite bands is on here, you will REALLY enjoy it.

All these tunes were from Phoenix's last album.
Posted by Alex at 5:54 PM 1 comment:

Back in May I went to Paris for a long weekend. It was my first time to Paris, my first time to France in fact. I never had a great desire to visit Paris. I don't know exactly why, it just kind of seemed like it would be extremely touristy, and as an American I always just heard of how much the French hate American tourists. So it never really appealed to me. Plus, I always figured I'd get to Paris at some point in life, and I should be spending my efforts while living in Europe going to places like Krakow or Istanbul or Reykjavik. But I kind of had an opportunity I couldn't pass up when a friend of mine from Paris, a bit shocked I'd never been to France, suggested tagging along to Paris on one of her relatively frequent trips back.

One of the things I knew I'd like was the food. Ariane 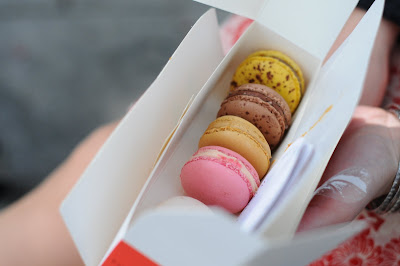 had looked up the bakeries in Paris that had won various awards in the last year (e.g. best croissant, best baguette, etc.) so that we could hit them and have a sampling. The first thing we did when I got into town was hit an award-winning bakery and sample the macarons (not to be confused with macaroons). I'd never had or even heard of these things before, but my goodness they were good. Sweet and bursting with a variety of flavors, and so soft and creamy. I can't even describe them, and apparently these were of a different class than the average macarons around Paris.

Following the obligatory boat-tour around Paris, we met a friend of Ariane's for dinner at a little place near where I was staying. Although I had recently converted into a pseudo-vegetarian, I took advantage of one of the many exceptions I've allowed myself in meat-eating (It's okay in foreign countries, as not to miss out on culinary cultural experiences), and ordered a big steak. When the waiter wanted to know how I wanted it done I said "medium rare" not wanting to overcook 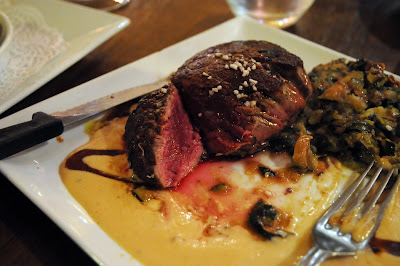 a great steak. Neither the waiter nor Ariane could translate what that meant, so Ariane ordered for me. Then she told me she got me the most well-cooked option. I was upset, thinking I would not be getting a real French experience with an overcooked steak. Then she told me the translation was "pink". She ordered hers "bloody", the middle option, which left "blue" for the least cooked. But what I got would be by all American standards "rare", and it was PERFECT.

For lodging Ariane knew about a little hotel in the middle of everything that was super-cheap. It was totally no frills (think shared toilet, stained carpet, creaky stairs), not even their own website. But something like 40 euros a night in the middle of Paris. And this was the view from my room: 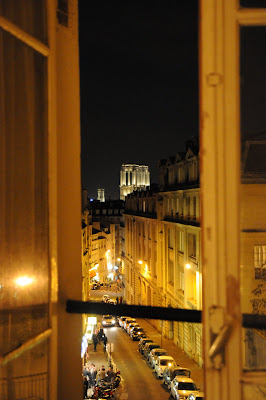 One of the requests I had while in Paris as part of the culinary experience was to try escargot.
So we met Ariane's sister and found a nice little place and ordered a whole mess of stinky frenchy goodness: 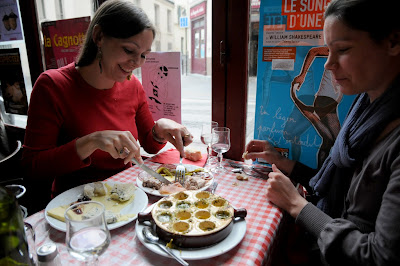 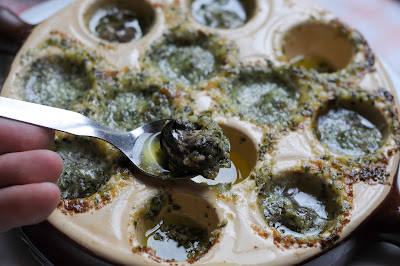 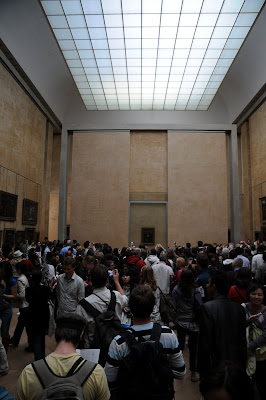 which was most interesting for the mass of cell phone cameras held over people's head trying to get a snapshot. Why would you want a crappy cell phone snapshot of the Mona Lisa behind glass when there are hundreds of high-quality photographs online? I don't know, I guess to somehow prove you were there? But then why not get in the picture yourself? It all boggles the mind.

What was quite crazy was Napoleon IIIs lounge: 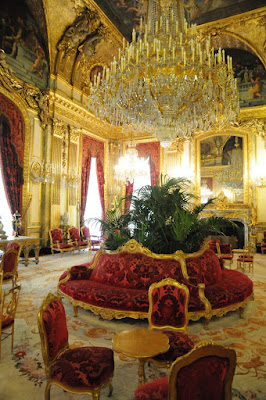 For which it turns out there are also tons of online images, but it's my blog, so pffffft. Plus that photo ain't so bad....And finally, returning to the food-theme, on the last day we went to the bakery that won the award for the best croissant in Paris, and got a couple of raspberry(?) croissants, yummmmmmmm. 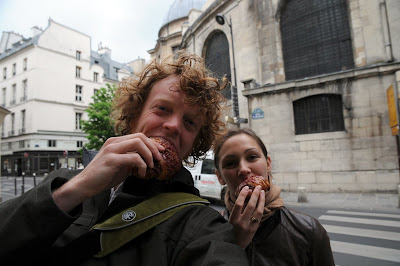