This year's MPI-CBG Christmas party was a bigger hit than usual, and I think most people agreed it was due to a new format, which was basically much more informal, and with lots of live music, spearheaded by Tim Cross. Several months prior, Tim sent out an email calling for anybody with any sort of musical talent to sign up to play at the Christmas party. I sent an email back saying I'd always dreamed of singing Sinatra with a band, but had never sung before an audience, nor had been trained in any way. I did not expect Tim's response, which was "RIGHT FUCKING ON!!!", and a promise to assemble a band. I then attempted to back out several times over the next couple months, thinking I was in over my head, but Tim wouldn't have it. And so a band was assembled, and with a handful of rehearsals, but never with the entire ensemble present, we pulled off a number of tunes that night:

Tim is on bass, Per's on guitar, Coleman on the drums, Guillaume on paino, and Veikko on violin. These guys basically pulled this off without really practicing, and with me asking for stupid things like changing the key up a couple steps cause it was more familiar that way. It was quite impressive.

I don't have videos of any of the many many other acts from the night, but they were
quite phenomenal, sometimes to a jaw-dropping degree. It's amazing to see your colleagues really jam and wail.
Posted by Alex at 11:05 PM No comments:

One day in a random web walk I came across some old black and white photos of Neustadt on somebody's flickr page. It appears that they were taken in the early 90s - not long after the wall came down. Several seem to involve some of the first BRN (BunteRepublikNeustadt) festivals. Most of them include what most likely were long neglected and then rapidly abandoned buildings - most of which (but my no means all) have been since restored. I thought it'd be fun to try to identify the same places in Neustadt as a sort of puzzle, and then try to photograph them today, from the same perspective. Some of them were easy to find, some were difficult, and some basically impossible (closeups with little clues). Below are the ones I've found (I've made mine black and white too for better comparison).

The first is of Alaunstrasse, where there are now a couple of crappy bars. What used to be a bricked up part of the facade is now the entrance. 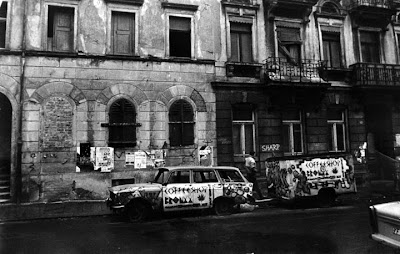 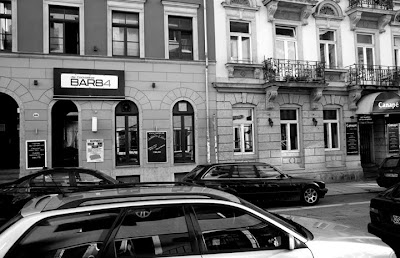 A closer photo nearby shows how another previously bricked-up entrance is transformed into....another soulless bar.... 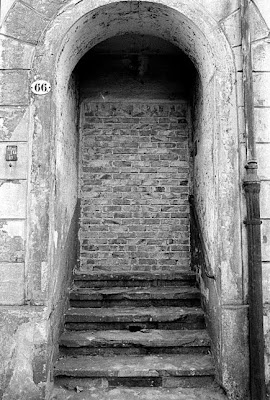 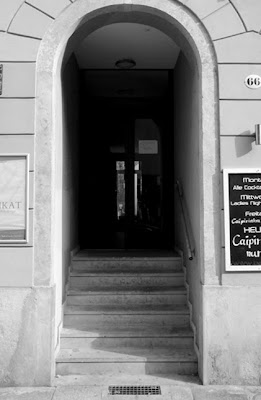 Also on Alaunstrasse, you see how the buildings have been renovated, and right now they are reconstructing the road here. 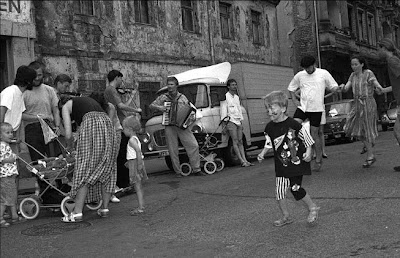 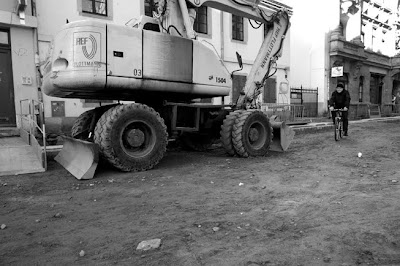 I like this next one. Böhmischestr., just around the corner from my flat. This was unmistakably Raskolnikov, with the characteristic window shutters (one of the decent bar/restaurants in Neustadt). To be sure I actually was able to find the exact same stones in both photos. Notice the new photo is the one with cobblestones. Those are about a year old. This is still one of the best streets to visit during BunteRepublikNeustadt - it seems maintains some of the original vibe. 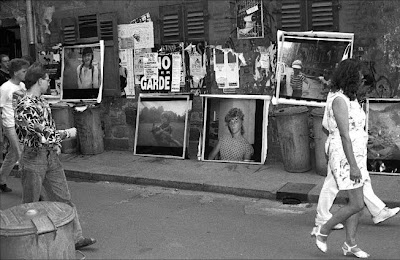 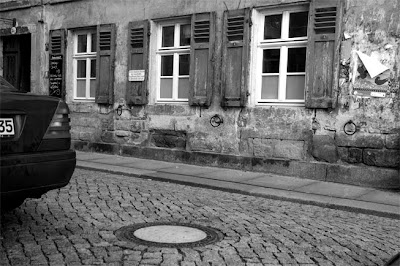 This is another photo from Böhmischestr., now between Rothenburgerstr. and Alaunstr.
Notice there's a patch of cement on the new photo where there was some sort of piping in the old photo. It looks like the doors have been totally replaced, but keeping part of the design. Also, you see holes in the wall from an older sign exist on both photos. 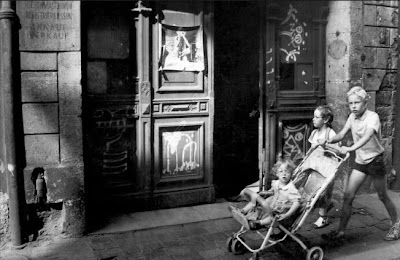 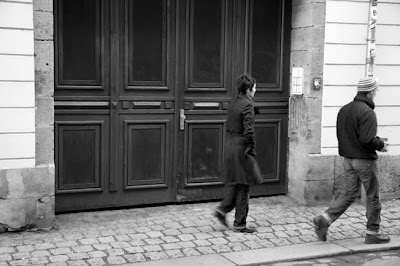 Here's the corner of Louisenstr. and Alaunstr. Now mostly vegetation in front of "Katy's Garage". Which is not actually a garage, but.....another crappy bar. 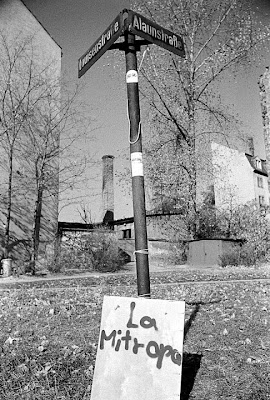 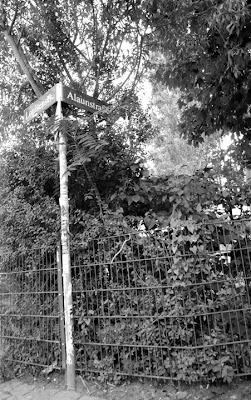 Here are a couple shots from Sebnitzerstr. First, a "Kinderplatz", where the ground seems to be about two feet higher than it was 20 years ago, based on the building. 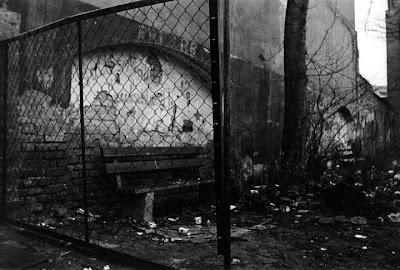 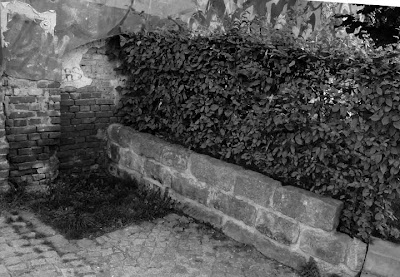 And a row of seemingly abandoned buildings 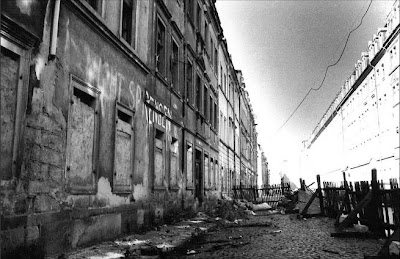 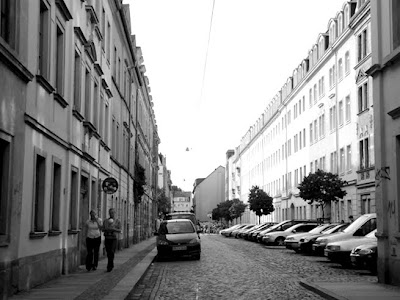 Finally a photo I took this month, but could easily have been from 1993, with the Trabant and graffiti.... 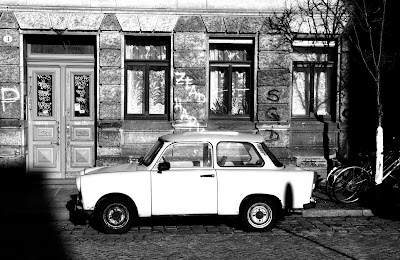 Here's another one of these fun time-lapse movies. This one I shot from the top of the 'Nudel Turm' at Alaunplatz - a decent vantage point.