Summing up Tex-Mex in Germany in one picture. 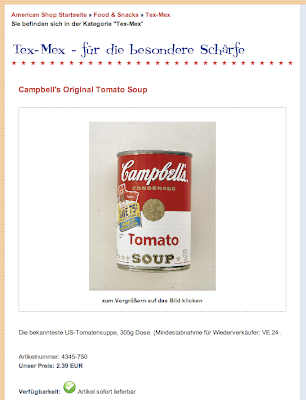 This is a screenshot from a German website selling American foods. This was the only entry under the category "Tex-Mex". The heading says "Tex-Mex - for the exceptional spiciness"

Quote of the year

Jon Swift.
I like to keep my blogroll there short, so maybe people will actually check out those blogs.
here is a new addition. This one really is consistently a good read, as are the handful there under "Places I frequent". Check it out.

How we do it in Dresden.

You just have to read for yourself.

One liter. No word on if he is a Dynamo fan.

Favorite songs of the moment


John Mayer - I don't Trust Myself (With Loving You)

It seems like every day now there is news of another multiple victim shooting in the US.
Everybody's seen the stats: in the US there's an average of nearly 100 gun-related deaths per day.
If only we had looser gun control laws, and there were more people around with guns, these shootings would happen less because these clearly stable people would be afraid of dying at the hand of another...no, wait, well,the _shooters_ would be, er dead, uh, maybe after they shot everybody?? and only few more dead from all the stray bullets in the shootout.
Anyway, point is: guns don't kill people. Bad people kill people.
And the security guard at latest church shooting tells us that she prayed to God to guide her bullet and kill the man she killed as she was shooting. As long as God is getting involved, why not pray that your bullet disables the man without killing him, or that his bullets bounce off everybody when he shoots.

I opened up my microwave to heat something up and found this inside: 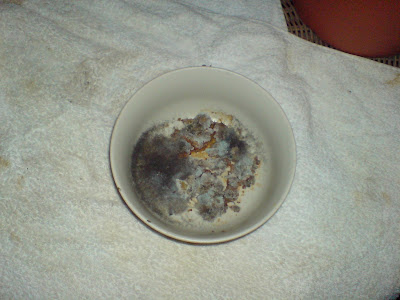 And I nearly puked. This had been in there so long I couldn't tell what it once was or even remember what it might have been. It's not like me to heat up something and then forget about it. And then to subsequently not use my microwave for a few weeks. But there it was.
This bowl is still sitting out on my back porch - I'm kind of afraid to touch and and am hoping the birds and wind and rain will take it all away. I gave the whole microwave a good scrub down for good measure but it still makes me a little queasy to put things in there after that was festering there.
It's funny, cause I do remember thinking once I short one bowl, but couldn't figure out where it may have gone to. 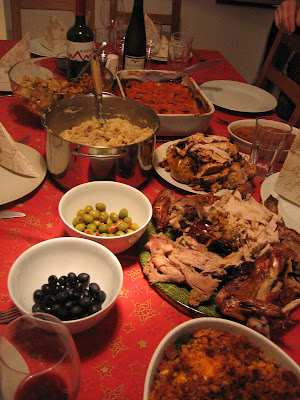 Probably the best holiday. period. Thankfully even over here in Germany we manage to assemble a number of expats to get together and do it right. This year it was 7 Americans, an Irishman, a Japanese woman, and 2 German women. The gathering was held in Nate's place, 2 floors above mine, and my place was used as a staging area to cook the second turkey and the pies. Amazingly, it seemed like we split up the traditional foods cooking duties and everybody ended up with something they were good at. We had the traditional stuff: turkey, mashed potatoes, stuffing, cranberry sauce, some sweet potatoes, broccoli casserole, pumpkin pie. There was however no green bean casserole. I'm going to chalk this up to an inability to find condensed cream of mushroom soup here. Somebody tried it last year with something else, and it just didn't have the right consistency. I even made a pumpkin pie from scratch. Which I guess just means I put a pumpkin in the oven for a while and then scooped it out and pureed it instead of the canned stuff. Anyway, everything turned out great, and with 2 turkeys for 11 people there was plenty of turkey left over to go around for sandwiches. 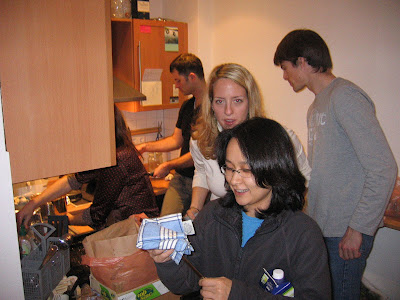 Chaos in the kitchen 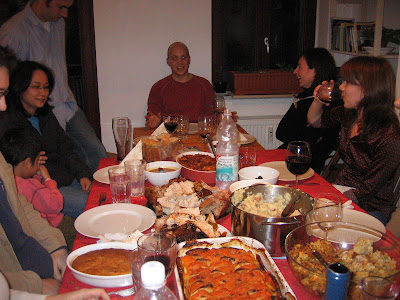 The saddest thing of all this is that somebody must have calculated that this ad would attract more people to this guy than repulse. ahhh, the American midwest......

Halloween
Well, it' s a month past, but I figured I'd post a few pics from Halloween. Every year since I've been in Dresden we've put on a Halloween party. And it's always been a success. Halloween is sort just recently creeping into Germany in a purely commercial way, so it's not really a big thing in general. Especially the idea of a Halloween costume party. I always try to convince people to think outside the box with their Halloween costumes here because the ideas that of course are in the heads of Germans and Europeans is the traditional Halloween costume: spooky and scary, like Frankenstein, ghosts, vampires, etc. On the other hand, most people who do put together a costume really get into it - which makes the party so much more fun.
Here are some pics.
And if you see your picture here, then you're probably one of the people in Dresden that have found my blog but haven't told me, so if you want it to be removed you'll have to come clean ;) 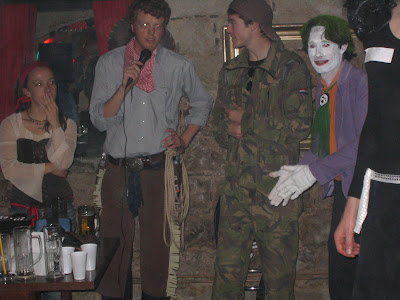 The crew that organized the whole thing 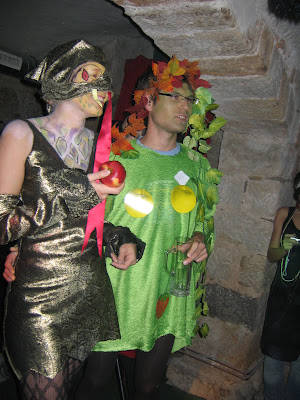 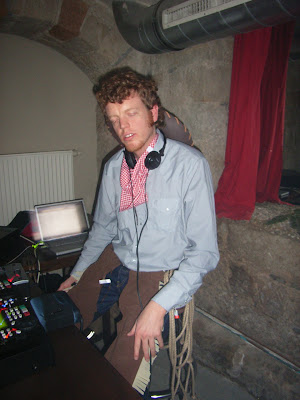 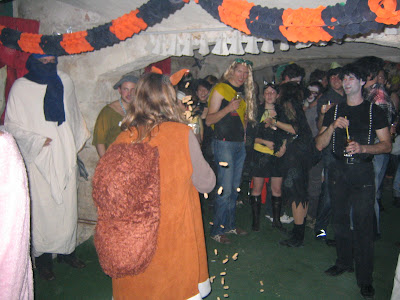 A giant squirrel drops her nuts. 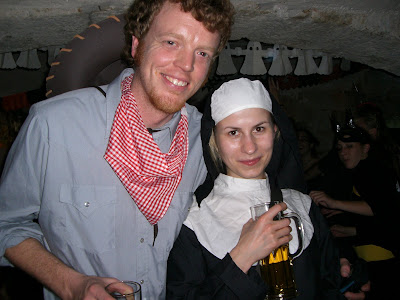 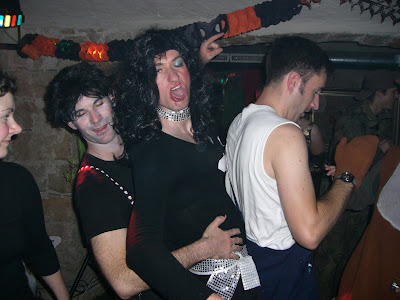 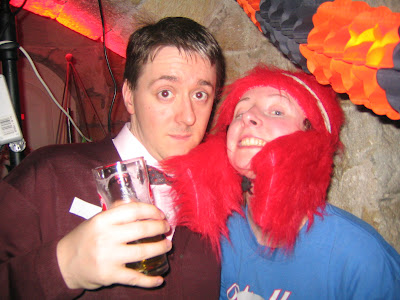 This is Gary and Jeff. pretty good. 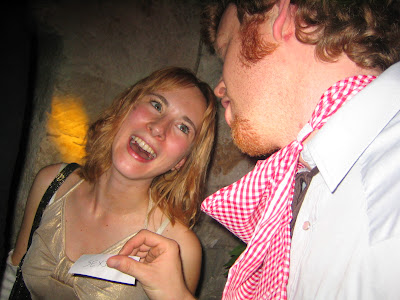 Today as I glanced at the standings and games for Dresden's top soccer club, "Dynamo Dresden", I noticed they are scheduled to play Hamburger Sport Verein II, or, as shown in the standings on the left, HSV II

Following Dresden soccer is actually quite sad, they are in the 3rd German league and hoping to stay there. I can't get into soccer unless I have a team with a reason to root for, and Dresden is just not good enough. They don't even get on TV. When I got here they were 2nd league, which was reasonable. But now. eh. I can follow the game live online. Hopefully they will pull it out against Herpes Simplex Virus II.